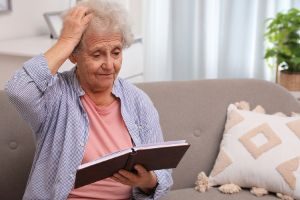 There are many myths and misconceptions about Alzheimer’s disease despite the fact that it affects over 10% of seniors above 65. Debunking these myths and shedding light on what this diagnosis actually means is essential for dismantling stigma and helping affected individuals get the care that they need.

Although Alzheimer’s and dementia are often used interchangeably, they are technically different diseases. Alzheimer’s is a brain disease with unique markers and a specific mechanism of progression, whereas dementia is defined as a group of symptoms that impact memory, thinking, and behavior. Dementia can certainly be caused by Alzheimer’s disease, but there are many other potential causes, such as head injuries and strokes.

Myth #2 – Alzheimer’s Is Inevitable For Seniors

While it’s true that seniors have a higher risk of developing the condition compared to the general population, this does not mean that all seniors will inevitably develop this disease. Around 5% of people with Alzheimer’s are under the age of 65, and only 1 out of 9 seniors develop the disease (although the risk doubles every five years above age 65).

Although it’s true that there is currently no cure for Alzheimer’s, there are a number of effective treatments that can help manage the symptoms and slow the progression of the disease. These may include medications such as cholinesterase inhibitors, as well as supportive therapies such as physical and occupational therapy.

Even though there are many lifestyle factors that can increase a person’s risk of Alzheimer’s, such as poor diet, substance use, and lack of exercise, it is important to keep in mind that these choices alone do not cause the condition. Many of the risk factors are beyond your loved one’s control, such as genetics, depression, exposure to air pollution, and traumatic brain injuries. In other words, you should always encourage your loved one to lead a healthful lifestyle, but please understand that their illness is not their fault.

While memory loss is often the main symptom that people associate with Alzheimer’s disease, it is actually just one of many debilitating symptoms. It also affects language skills, reasoning abilities, visual perception, mood, and motor skills.

Despite being a neurodegenerative condition that progresses over time, people are often still able to live independently during the early stages. With careful monitoring and proper treatment to slow the disease progression, many seniors are able to remain relatively independent for years after receiving a diagnosis.

Many seniors are terrified of being diagnosed with a neurodegenerative disease because they don’t want their children to send them to the infamous “old folks’ home.” However, one alternative solution is assisted living for seniors with mental illness. These communities offer progressive levels of care that can evolve alongside your loved one’s changing needs, so they can maintain maximum independence for as long as possible.

Despite these misconceptions, there are many effective treatments and support options available for seniors with progressive neurological conditions. At PeachTree Place Assisted Living Community in Ogden, Ut, we specialize in providing quality long-term Alzheimer’s care tailored to the unique needs of each resident. Contact us today to schedule a tour of our neighborhood. 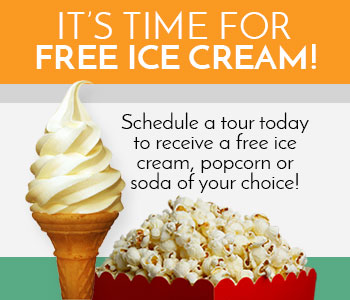 Each resident requires a different level of care. Get in touch for pricing and free in-home assessments.
Areas We Serve

Care & Amenities
Why Choose Us?

Our residents benefit from a higher staff-to-resident ratio in a comfortable home apartment atmosphere. We have 24-hour nursing care with an RN available on staff.

All of our residents have access to our many events and outings, activity bus, ice cream parlor, library, arts and crafts, LDS church services, beauty salon, exercise programs and so much more.

We offer different levels of care depending on the needs of each individual. Meals and snacks and all utilities are included in the cost of the rent. Ask us for a tour of our amenities, we are happy to show you around.

How To Reach Us